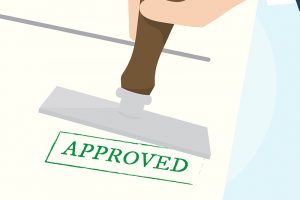 The proposed Hard Rock Casino Gary cleared this week an important hurdle ahead of the project’s appearance before the Gary Common Council.

The city’s Board of Zoning Appeals voted unanimously in favor of the requested rezoning of around 30 acres of vacant land at the Burr Street exit of Borman Expressway for the development of a hotel and casino resort.

Last week, the rezoning was endorsed by the Gary Plan Commission. It is now up to the city’s Common Council to determine if the project should move forward or should be nixed. It is believed that it could get a city legislators’ approval as soon as August 20.

Aside from the necessary rezoning, the project will need one more approval by the Gary Common Council. City officials will need to adopt a resolution that authorizes the relocation of Gary’s Majestic Star casinos, which currently operate at Lake Michigan, to the proposed site of the Hard Rock-branded resort.

Additionally, the resolution would need to be signed off by the Indiana Gaming Commission. This could happen during the regulators scheduled meeting on August 28.

Spectacle Entertainment, the owner of the two Majestic Star casinos, told the zoning authority earlier this week that if they clear all pending regulatory hurdles, they will be able to break ground on the planned $400 million hotel and casino resort late in September or early in October. 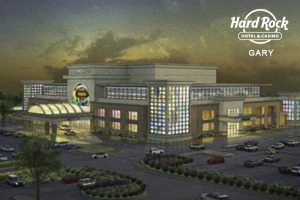 The new Gary casino will be the 13th Hard Rock-branded property of this kind in North America. News about Spectacle and Hard Rock joining forces for the construction and operation of a $400 million casino resort in Gary first emerged in mid-July.

The Florida-based gaming and hospitality operator is looking to enter the Indiana gambling market shortly after State Gov. Eric Holcomb signed into law a comprehensive gambling expansion bill that among other things authorizes the relocation of the two Majestic Star casinos and their combination into a single property. The recently approved legislation also legalizes sports betting on the territory of the state.

According to the recently unveiled plan for the new Hard Rock property, it would be developed and launched in two phases. Phase one of the resort will feature a casino with up to 2,764 gaming positions and a sportsbook, four dining outlets, a Hard Rock Cafe, part of the company’s globally popular chain, a number of bars, as well as a 2,000-seat Hard Rock Live concert and entertainment venue.

Phase two of the Hard Rock-Spectacle venture is expected to be completed by 2022 or 2023. It will feature a hotel and a parking garage that will replace the surface parking lots that will be occupying the site initially. The new garage will be connected to the property’s other facilities, offering guests easy access to the available amenities.

Under state regulations, the casino will have to be set back and screened from nearby residences. On the other hand, developers will be allowed to build the hotel portion of the resort and any signs as high as they want as long as they obtain approval from the Federal Aviation Authority.

The Hard Rock Casino Gary plan has secured support from the city’s Mayor, Karen Freeman-Wilson. In addition, no member of the Common Council has voiced opposition to the project.