Macau’s casino regulator has warned the city’s six gaming operators to refrain from using artificial intelligence tools that help them track the biggest spenders among their gamblers, Bloomberg reports citing people familiar with the matter.

According to a directive signed on July 30 by the Macau Gaming Inspection and Coordination Bureau, casinos may not install any digital surveillance equipment including cameras or facial recognition tools that have not specifically been approved by the regulatory body.

The directive took effect on August 1, people familiar with the matter who asked not to be named due to the confidential nature of the document told Bloomberg. The Gaming Inspection and Coordination Bureau is yet to comment on the reported new rules.

News about the restrictions on the use of digital surveillance equipment at Macau’s forty gambling venues emerged days after the city’s gaming regulator revealed disappointing July gross gaming revenue figures. 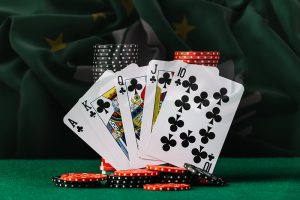 The newly implemented rules came on the heels of a July report by Bloomberg that detailed how Macau’s casino owners have started to install hidden cameras, face recognition technologies, as well as digitally enabled poker chips and baccarat tables to track their gamblers.

The various pieces of surveillance equipment were reportedly deployed to provide data that helped casino operators spot those among their millions of patrons who are likely to wager and lose the most money. Gamblers’ losses mean more revenues for the casinos around the city, which is known to be the only place in China where casino gambling is legal and the world’s largest casino gambling hub.

The city’s casino regulator is also understood to have warned the six operators of gambling venues around Macau to comply with personal data laws. Any video or data obtained from the casinos’ surveillance equipment must be kept only by the companies that operate the respective properties.

Generally speaking, the new artificial intelligence technology deployed at the city’s casinos uses algorithms to detect patterns in gamblers’ behavior at the gaming tables and maps them according to their appetite for risk.

The higher their appetite, the more likely gamblers are to lose at the tables. And this would bring better profits to the casinos. According to estimates, the technology could help gambling venues increase their profits by up to ten times.

There are six companies that are currently licensed to operate on the territory of Macau, with those being subsidiaries of Las Vegas gambling powerhouses Las Vegas Sands, MGM Resorts International, and Wynn Resorts as well as Melco Resorts & Entertainment, SJM Holdings, and Galaxy Entertainment.

The licenses of all six are set to expire in June 2022, and the government of Macau is yet to reveal details on whether it would renew them or would open the local market to new concessionaires.